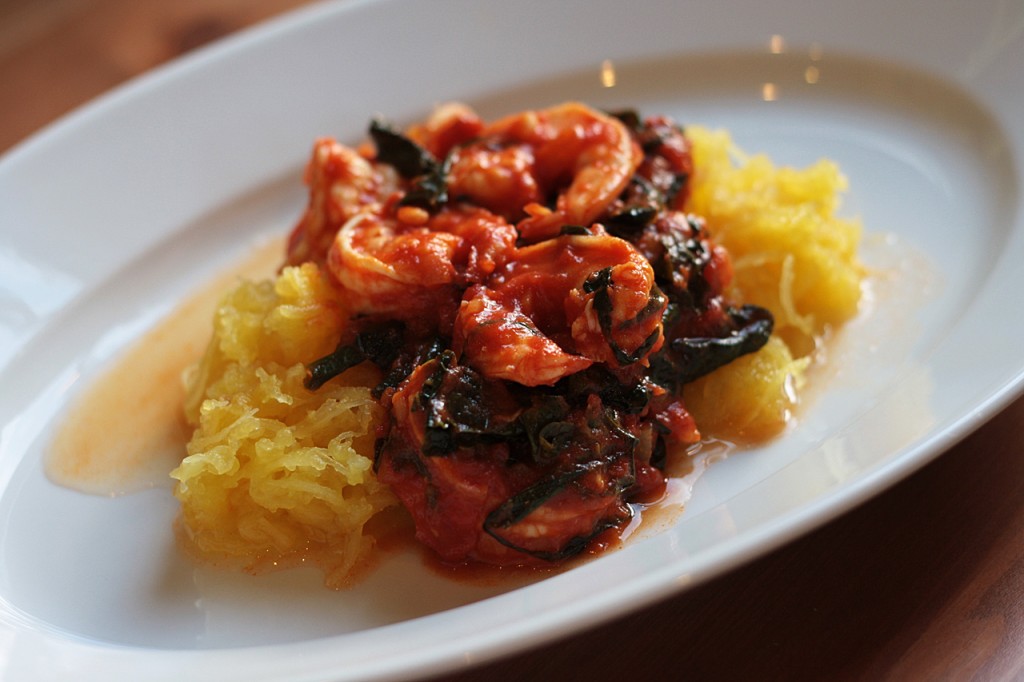 Jane Grey Battle, or just Grey to family and friends, is 11 years old but already won a trip to the White House last year for her Veggie Spaghetti and Alabama Gulf Shrimp recipe, representing the state of Alabama. Our far more eloquent food-and-travel-writer friend Ann Mah already has an in-depth interview with Grey regarding this recipe, her trip to the White House, and her approach to food in general, so you can visit her post for more insight. We’ll just stick with a picture of Grey with Willa & Phoebe and a hope that you give her healthy take on “spaghetti” and sauce a shot. 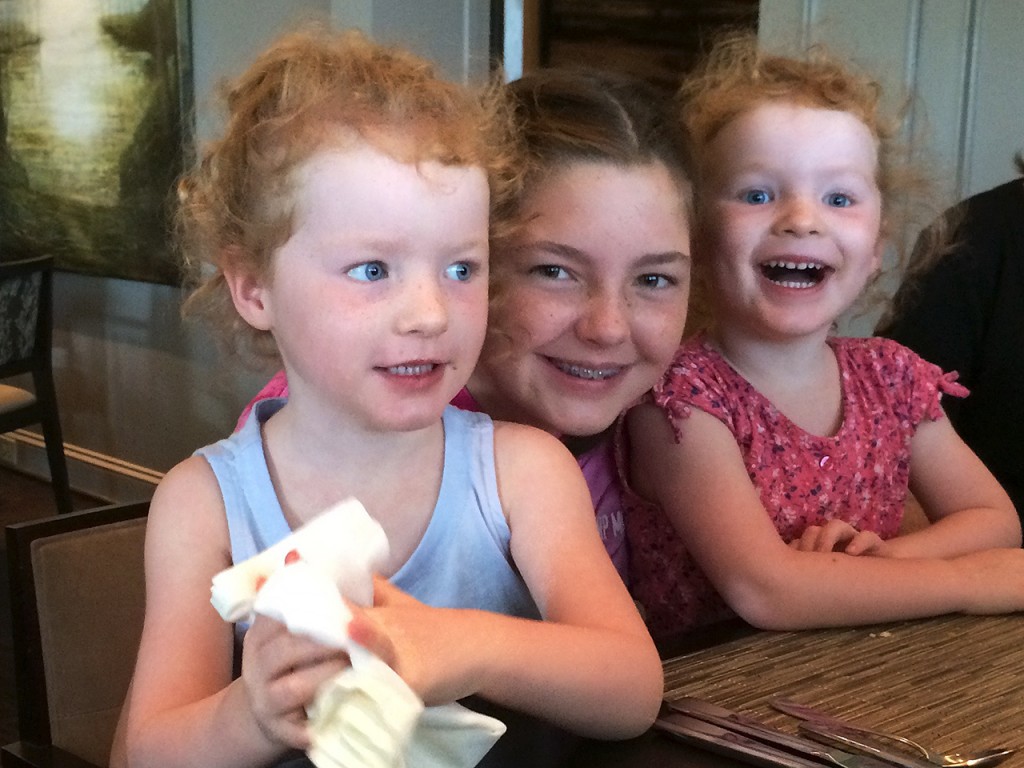 Willa, Grey, and Phoebe about to enjoy another meal together at the family reunion

Willa and Phoebe did surprisingly well with this dish—to be honest I didn’t have a lot of faith when we sat down to dinner. But a little prodding and excitement-building for the reunion put us over the hump, and the girls were thrilled to tell Grey how they ate her dinner when they finally got to see her. Grey tells us she’s been spending this summer helping to plan and cook the family dinners, so with any luck we’ll have an original guest post from her in the near future! 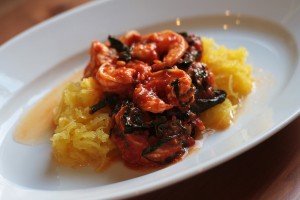