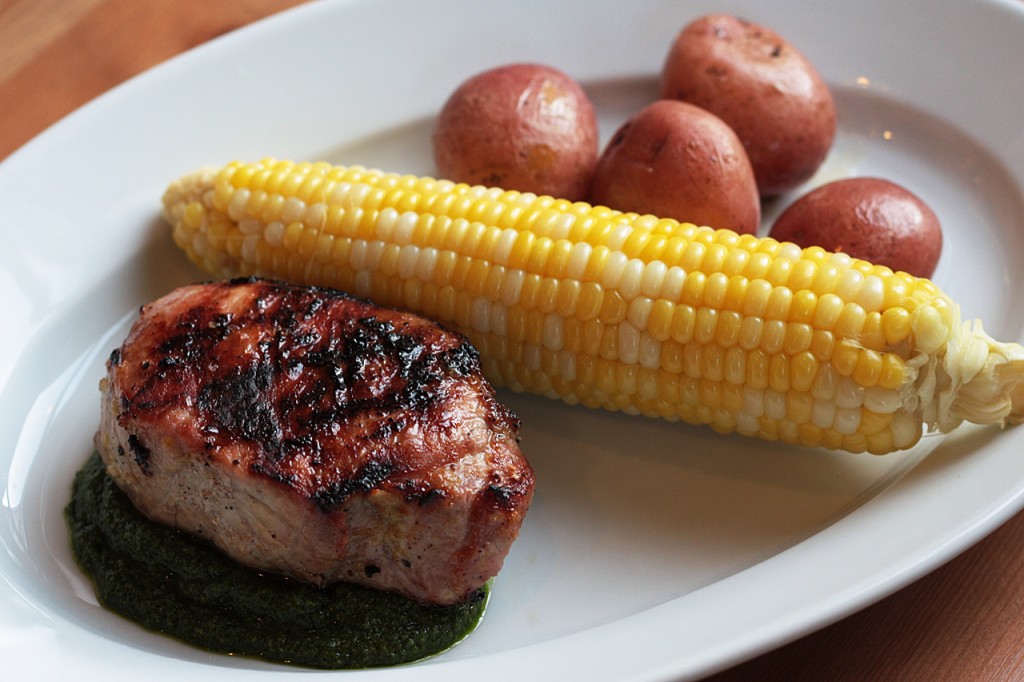 This preparation is packed with flavor. The lemon and garlic form a potent crust around the chop, and the salsa verde rounds out eat bite with a rich salty herbaceous-ness. The girls still mostly steered clear of the salsa (GREEN!?) but popped a bunch of pre-cut pieces of pork into their mouths.

For the sides, we kept it real simple. We saw our first corn at the farmers market, so we jumped right to it. We’re probably still a few weeks away from peak corn season, but even these ears, simply steamed in salted water, beat the last batch we bought at the supermarket. Corn is also one of Willa and Phoebe’s favorite veggies in the summer–they definitely enjoy the hands-on approach!

Willa back in the day, trying out her new teeth

The Salt Potatoes are a modified version of something we’ve been cooking for years after spying the recipe in The New York Times, which itself came from Cook’s Country magazine. The version here can not be considered true Salt Potatoes—I really cut back on the amount of salt and butter from the original recipes, but the cooking alchemy that gives these potatoes such a creamy bite still comes through. 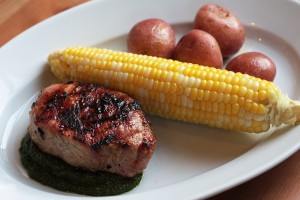